Redemption Revealed Through A Worm 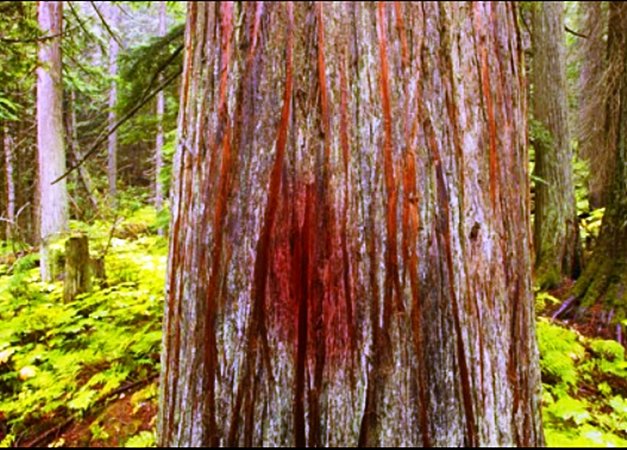 Every year Christians celebrate the resurrection of Jesus Christ, a miracle proving Jesus, as the Son of God, had authority over life and death.

But before the resurrection, there was His death and one of the most amazing things in the Bible is how His death was prophesied so many years before His birth.

Perhaps the strangest of all prophecies of the death of Jesus was in the Old Testament where He was depicted as a “worm”.

That may be a shocker to you but let’s look into it and I think you will be greatly blessed once you understand.

Psalms, chapter 22 is known as a “messianic Psalm”, which means a Psalm that predicts the first coming of Jesus, the Messiah.  Although it was written 1000 years before Jesus was born, Psalm 22 reads as if the author was there that day when Jesus was brutally crucified to the satisfaction of His enemies.

What the people did not know then was the words that were spoken and the actions that were done on that day helped to fulfill a plan that was made between the Father and the Son before the foundations of the earth were laid, and all done to your and my benefit.

So, for a true spiritual blessing, let’s look at verse 6 of Psalm 22, which states: “But I am a worm, and no man; A reproach of men, and despised by the people.”

There is no written record of Jesus actually saying these words while on the cross but according to Matthew 27:46 and Mark 15:34, Jesus did cry out, “My God, My God, why hast thou forsaken me?”, which is the first verse of Psalm 22.

I believe Jesus quoted most, if not all, of Psalm 22 while on the cross.  What proof is there of this?  The Amplified Version of verse 33, which is the last verse, states, “They shall come and shall declare His righteousness to a people yet to be born—that He has done it [that it is finished]!”

“It is finished!” was spoken by Jesus when He died.  I believe it’s possible that Jesus quoted all of Psalm 22 and the only words heard by others were verse one and the last part of verse 33, both of which were recorded and included in the Bible.

Now, let’s dig into scripture and find that “true blessing” mentioned before as the Holy Spirit reveals it.

Remember, the words of the Old Testament were written in Hebrew.  The word usually used to describe a worm in Hebrew is “rimmah”.  But, curiously, in Psalm 22: 6, a specific Hebrew word is used.  That word is “tolah”, also known as a “crimson worm”.

Here is where the blessings begin and it involves the life and death of a seemingly, insignificant worm.

When the female crimson worm is ready to give birth, she attaches her body to a tree, a limb or stick but always to wood.  It becomes so tightly attached that it cannot be removed without tearing it apart and killing it.

The worm then lays the eggs beneath her body where they are protected.  After a few days when she gives birth, she secretes a blood red or crimson colored liquid which covers the mother worm and the young.  It finally runs down the tree, making a stain that will never fade away.

On the morning of the fourth day after birth, the head and tail of the mother worm curl together into a heart shape. Then it turns from a crimson red color into a white wax.  As time goes on the wax crumbles and falls to the ground looking like snow.

For three days after giving birth, the crimson worm can be scraped off the tree and used to make a red dye but on the fourth day, it turns white.

Sometimes men would scrape off the waxy substance and make shellac to preserve wood.   The wax was also used as a medicine.

Now let’s compare what scripture said about being a “worm” and how it relates to Jesus, but also to you and me.

First of all, the mother crimson worm climbs willingly onto a tree to die and give birth to a family.

After giving birth, the mother is still attached to the tree and she dies.

On the fourth day, the mother’s head and tail curl up into a heart shape and it turns from a red color into a snowy white wax.

The crimson worm is very fragrant when it is crushed.

Before the waxy-body would crumble and fall to the ground, it was harvested for two purposes.

First, it was used as a medicine.

Secondly, the wax-body was made into a shellac and used to preserve wood.

So, there you have it.  The tolah, or crimson worm as small and insignificant as it seems, tells the story of redemption that is greatly significant to us all.

wom worm and not a man Psalm 22 It is finished Jesus cross blood of Christ
05Mar
JESUS IN ALL THE SCRIPTURES
05Mar
Maggot Theology
04Sep
Did Jews Kill Jesus?
Comments