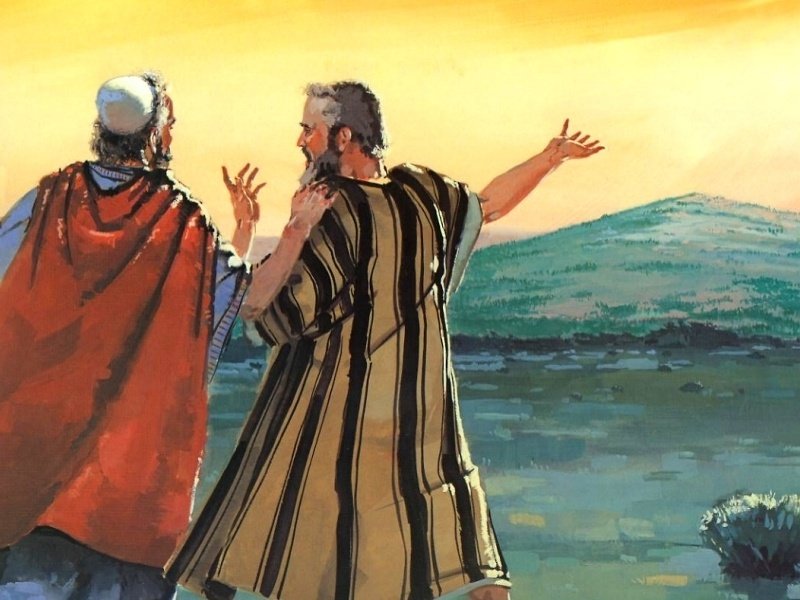 When asked by a newspaper reporter if he had lived in Maine all of his life, the 90 plus man replied, “Not yet”.

Every senior citizen should have the same attitude. The older I get the more I like to think about Caleb in the Old Testament. Joshua and Caleb were the only two left of the original group of the Children of Israel that left Egypt for the Promised Land.

When it was time to divide up the land, Joshua asked Caleb what part he wanted. Caleb answered: “Today I am eighty-five years old. I am as strong now as I was when Moses sent me on that journey, and I can still travel and fight as well as I could then. So give me the hill country that the LORD promised me. You will remember that as scouts we found the descendants of Anak (giants) living there in great, walled towns. But if the LORD is with me, I will drive them out of the land, just as the LORD said.” (For reference, see: Joshua 14:11-12)

Caleb wanted the mountains. Not the grassy plains where he could easily find drink and fodder for his flocks. He wanted the mountains where life had to have been harder. In addition, there were still giants in the land (remember Goliath and his four brothers?).  A remnant of the giants, or Anaks, were still living and they occupied the mountains that Caleb claimed.  But that didn’t matter with Caleb. He knew that even at his age and with God’s help, he could conquer any problems that came along,.

Let that be your attitude as you grow older.

Grow in strength in the Word of God and you can face any problem with confidence.   (Isaiah 41:10)

Grow in your personal relationship with the Lord and you will you can face any giant (problem) and take the land for God’s glory, for your peace and an abundant life.   (Galatians 5:22; Philippians 4:7; John 10:10)