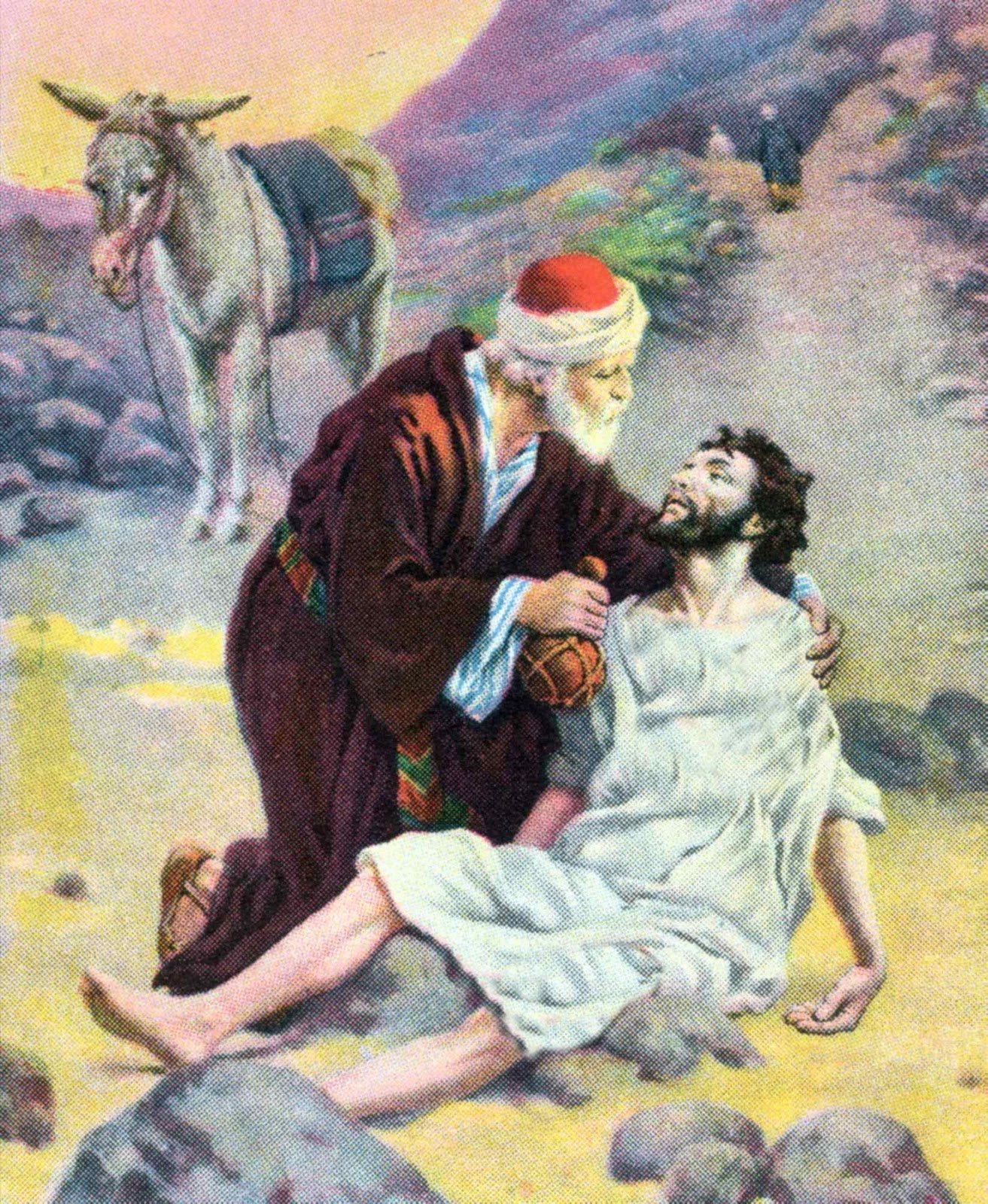 The Parable of the Good Samaritan Reveals the Plan of Salvation and the Return of Jesus Christ.

Luke 10:25-37 (NKJV) “And behold, a certain lawyer stood up and tested Him (Jesus), saying, "Teacher, what shall I do to inherit eternal life?" He (Jesus) said to him, "What is written in the law? What is your reading of it?"

Then Jesus answered and said: "A certain man went down from Jerusalem to Jericho, and fell among thieves, who stripped him of his clothing, wounded him, and departed, leaving him half dead. Now by chance a certain priest came down that road. And when he saw him, he passed by on the other side. Likewise a Levite, when he arrived at the place, came and looked, and passed by on the other side. But a certain Samaritan, as he journeyed, came where he was. And when he saw him, he had compassion. So he went to him and bandaged his wounds, pouring on oil and wine; and he set him on his own animal, brought him to an inn, and took care of him. On the next day, when he departed, he took out two denarii, gave them to the innkeeper, and said to him, 'Take care of him; and whatever more you spend, when I come again, I will repay you.' So, which of these three do you think was neighbor to him who fell among the thieves?" And he said, "He who showed mercy on him." Then Jesus said to him, "Go and do likewise."

Let’s look at this parable another way.  Let’s say there’s a deeper meaning or better yet, some golden nuggets that are not visible on the surface.  We can find them with help from the Holy Spirit.  So, let's start digging!

Let’s say each person or thing mentioned in the parable above actually represents someone or something else, either in the future or in the past.

A certain Levite represents Aaron and the sacrificial system.

"... came where he was" represents Jesus coming where we are in our sins.

"... brought him to an inn & took care of him" represents the Church caring for others.

The Innkeeper represents the ministry of pastors.

"... on the next day, when he departed" represents the ascension of Jesus Christ to heaven.

"... he took out two denarii".  Two denarii was equal to two day's wages in those days. Let's say the two days represent the 2000 years since Jesus was on earth.

"Take care of him . . . " represents, The Great Commission of the Church

"... and whatever more you spend, when I come again" represents the prophecy of Jesus' return.

"I will repay you" represents the Judgment Seat of Christ where we will receive our rewards.

If we substitute each of the above Jesus may have said it this way:

Jesus answered and said: "Adam went down from the Paradise of God to Satan's domain.  There Satan stripped Him of his clothing, caused him to sin, and departed, leaving Adam spiritually dead and separated from God.

Then Jesus came!  He came where he (you and I) was because sinful man could not come to Him. And when He saw him (you and I), He had compassion. So, He went to him and bandaged his spiritual wounds, and poured in the Holy Spirit and His own Blood to heal and revive his (yours and mine) dead spirit. He placed man's sins on the cross and established the church to care for him.

On the next day, when He departed, He paid the ministers for 2,000 years of labor. He commissioned the ministers by saying, "Take care of him; and whatever more you spend, when I come again, I will repay you."

Here is a moral to the story: Your neighbor is any sinner who is in need of salvation.  Have compassion on him/her.  Pour in the wine (Blood of Christ), the oil (conviction of the Holy Spirit) to get them saved and prepare him or her for the return of our Good Samaritan, Jesus Christ!

good samaritan parable doing good to others being Christ-like a certain man
THE LOST COIN of Luke 15:8-10
JESUS IN ALL THE SCRIPTURES
ABOUT THIS WORD "HORN" IN THE BIBLE
Comments