WHEN GOD TAKES A LOVED ONE 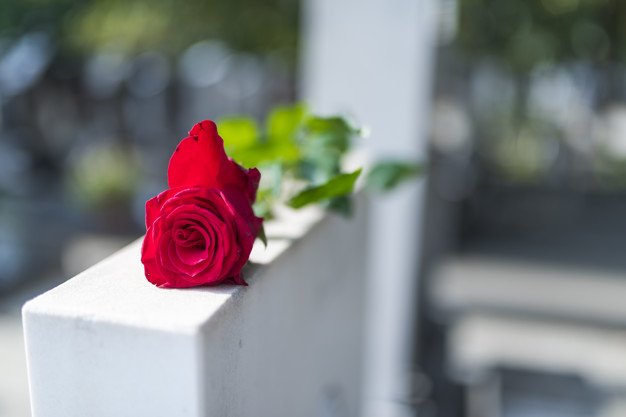 Losing a loved one is never easy and probably the hardest part, especially for a Christian, is to understand why God allowed it to happen.

My mother had two miscarriages after I was born.  Although too young to understand, I can still remember her tears of grief and how it impacted her for many years to come.  I don’t recall her blaming God or even asking “why” He let it happen, but she was a devout Christian and I know the question must have entered her mind and perhaps, stayed with her throughout the rest of her life.

One of the things often said to comfort someone who has lost a loved one is, “All things happen for a reason . . . .”.   But they will usually stop there because the difficult part is to also provide the reason of why it happened.

Or you may hear this familiar phrase, “God works in mysterious ways . . etc., etc.” and will let it go at that, leaving the person grieving still pondering the question, “Why did God take _____?”

There is a little-known narrative in the Old Testament that gives some insight as to why God sometimes intervenes in our lives and it is always for the best.

Jeroboam was a totally evil man.   To discourage his people from traveling to Jerusalem to worship and sacrifice at the Temple, he fashioned two golden calves closer to home and told his followers their worship of those “gods” were just as good as taking the trouble to go all the way to Jerusalem.

The worship of Baal and other Phoenician gods became common in the nation of Israel.  Jeroboam established his own line of priests and days of worship.  In just a short time, Jeroboam managed to wipe away the people’s faith in the God of Abraham, Isaac, and Jacob and turned them to false gods.  To the Jews even to this day, it is known as the “Sin of Jeroboam”.

One day Jeroboam’s son, Abijah, became ill so Jeroboam instructed his wife to travel to Shiloh to see the prophet Ahijah and ask if his son would live or die.  Although she had disguised herself, the prophet Ahijah knew she was the wife of King Jeroboam.  After giving her a scathing message to be delivered to the King, the prophet told her that the minute she arrived back home the boy would die.  But that wasn’t all he said about the boy.  From the New International Version, the prophet said, “All Israel will mourn for him and bury him. He is the only one belonging to Jeroboam who will be buried because he is the only one in the house of Jeroboam in whom the LORD, the God of Israel, has found anything good.”  (1 Kings 14:13)

It happened as the prophet said.  As the wife entered her home, her son Abijah died and was given a proper burial.  (For more details, read 1 Kings 14).

Here is the situation:  With the exception of Abijah, Jeroboam had turned his family and the entire nation Israel away from the one, true God and instead had promoted the worship of Baal and other gods.  The worship of Baal consisted of sacrificing children by burning them alive.  That is just one type of evilness the nation practiced under the leadership of Jeroboam.  There was much more.

The Bible doesn’t tell us much about the son of Jeroboam, Abijah.  We don’t know how old he was, what kind of sickness struck him, or why God took him except that in a world full of evilness, the prophet said Abijah was the only thing God found to be good.

The death of Abijah may have seemed a tragedy to some, but it was a blessing for Abijah.  If he had lived, the influence of everyone else may have turned him from the “good” that God saw in him, so God took him home to keep him from the temptations of evil.

Isaiah 57:1 says it best, “Good people pass away; the godly often die before their time. But no one seems to care or wonder why. No one seems to understand that God is protecting them from the evil to come.”

God is love.  He is also omniscient, meaning He knows what is in the future for each of us.  Some can handle temptations better than others, some must go through trials to learn of His love and some are born of such a quality that God takes them home to be with Him before something even more tragic happens than death.  It’s my understanding that is the case with those who leave us in what we consider “before their time”.

God knows best and although we are hurting to the “nth” degree at the loss of a loved one, He will take us through the difficult times of grieving until that day when we will be united once again.

Finally, if you are now grieving the loss of a loved one, someone who has tasted death “before their time”, be reminded of Abijah who was taken to heaven because of the good God saw in him.   We never know what the future holds, only God does and if accepted by faith, His love will always bring us through.

death why did God take
05Mar
THE LOST COIN of Luke 15:8-10
05Mar
JESUS IN ALL THE SCRIPTURES
05Mar
ABOUT THIS WORD "HORN" IN THE BIBLE
Comments